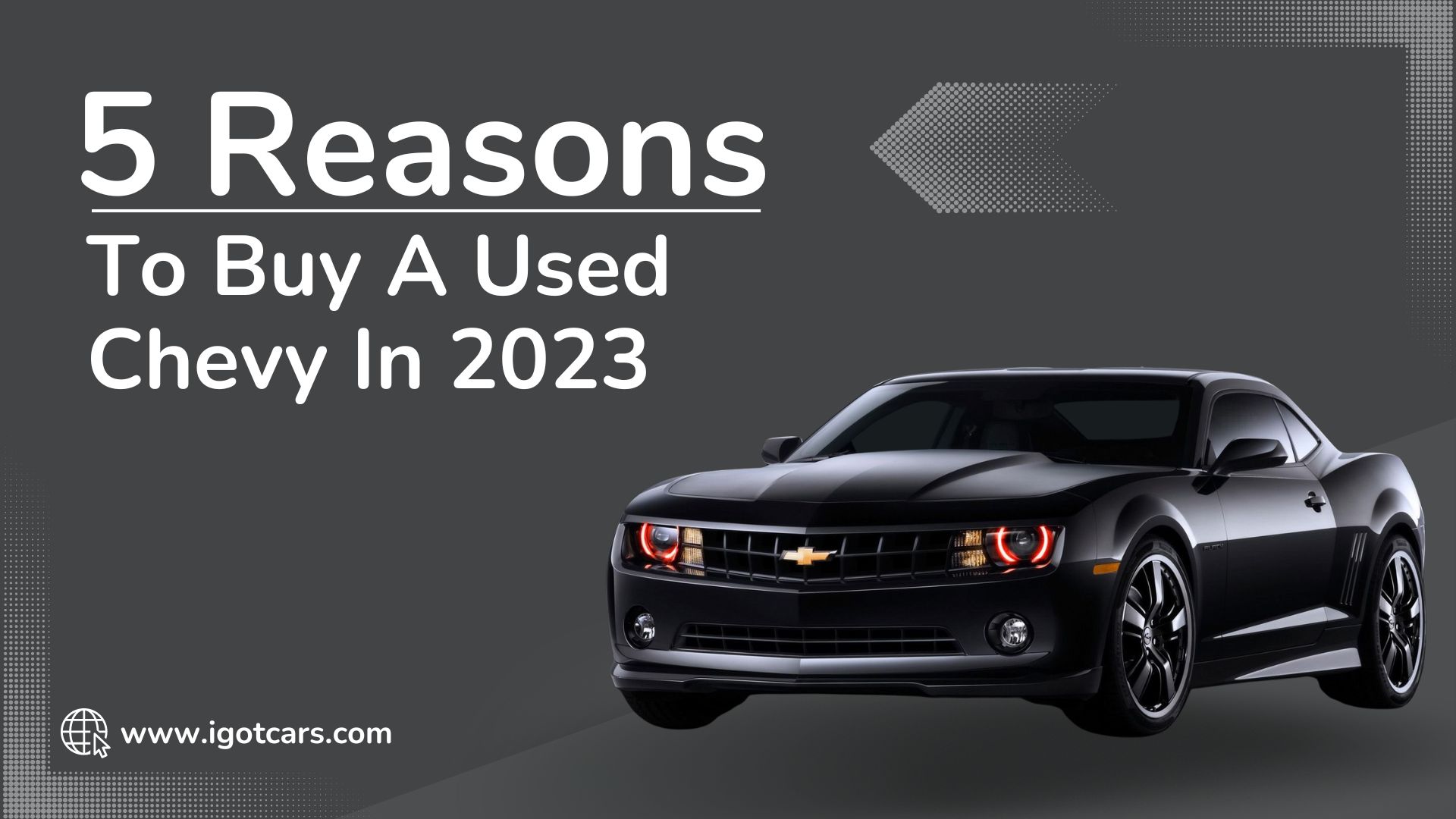 Purchasing a used car or truck is frequently a practical and financially sound decision. The cost of a used car can be nearly half that of a new car, and the savings don’t stop there. Buying a used car often means paying it off sooner, which saves you money on finance charges. Drivers switch cars every six years, so it’s easy to see how each purchase can have a long-term impact when the savings are added.

Should I Invest in a Chevy? 5 Reasons You Should Know

Longevity – Used Cars No Credit Check
If you want an American-made used car, truck, or SUV that is reliable and will last for a long time, buying a Chevy is a good idea. Taking care of your Chevrolet can go between 200,000 and 300,000 miles before it needs major repairs. If you drive an average of 15,000 miles per year, your Chevy could still be on the road 20 years after you bought it.

You can get a Chevy with as many bells and whistles and as much luxury as you want, but many of the best Chevy cars are not luxury models. When you buy a used Chevy, you get all the style and performance you need, as well as years of dependability and lower repair costs. This means that the average cost to fix a Chevrolet each year, which is $649, is less than the average cost to fix a car or truck.

The value of a new car starts to go down as soon as you drive it off the lot. By the time you pull into your driveway, you could have already lost more than 10% of the price you paid for the car when you bought it. From then on, a new car’s value will keep going down month after month, year after year, until it’s no longer worth anything. When you buy a used Chevy or any other used car, someone else has already paid for the loss in value, and you get to enjoy the savings.

Insurance – Automobile Dealerships Near Me

Because a new car loses value over time, the insurance rates for that car will go down every year. Not only will your insurance premiums go down, but you will also have more options and rates. Sometimes, you can buy only collision coverage. This saves you even more money because you don’t have to pay for comprehensive insurance, which can be expensive. As a bonus, as the car loses value each year, so do the costs of renewing the registration.

Selection – Best Used Cars For Sale Near Me

You can buy the best used Chevy cars right here in Tucson. You can choose from the famous Corvette and other muscle cars to practical sedans and small cars like the Chevy Cruze. SUVs like the popular Equinox, crossovers, and trucks are all there. Farmers, adventurers, and families in the U.S. have been driving Chevy full-size pickups for decades and they are still very popular. You can’t beat a hard-working Chevy Truck for hauling, pulling, or going off-road. Below are few good cars  by Chevy:

The Chevy Silverado 1500 series is a reliable and high-quality used Chevy truck. There are two-wheeled and four-wheeled models, modern transmissions and engines, and surprising gas mileage for their power. When you buy a Chevy Silverado, you get a truck with the power and performance of the old days and the bells and whistles you want from the new world.

On September 29, 1966, Chevrolet released the Camaro, a fast and powerful pony car that would become one of the most popular sports cars made in the United States. Motor Trend’s “Car of the Year” for 2016, the 2016 Chevy Camaro, is the 6th generation of the car. The Chevy Camaro continues to be the best sports car. Whether you pick a Camaro with a V-6 or V-8 engine, you can count on the thrilling performance and a very sporty look.

Find the top used Chevy cars and trucks at iGotCars, one of the city’s longest-running and most trusted used car dealerships. Call us or fill out our simple contact form to get started on your hunt for the perfect Chevy.